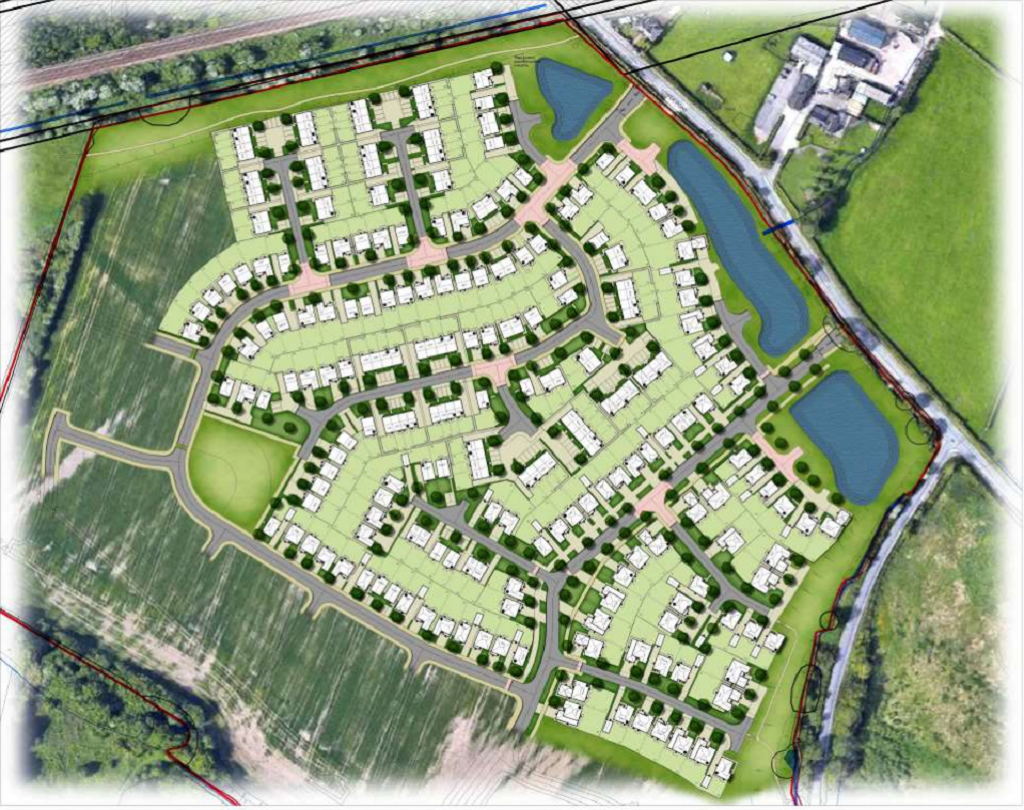 Lea Hough’s Land and Development team have overseen the sale of two parcels of land to housebuilder Redrow, paving the way for up to 730 new homes to be built in Merseyside. The development in the Halewood area has had planning approval granted to for the construction of 148 new dwellings, with plans in place for a further 196 and outline planning for up to an additional 386 homes.

Lea Hough advised the land owners throughout the process from negotiation of the conditional contract through to the sale of the land to Redrow. After being approached and appointed by the landowners some years back, our Land and Development team have worked closely with the client to represent their best interests at every stage.

This initially involved managing the process of having the site, which totals 90 acres, removed from greenbelt such as to make it a viable plot for housing development. Our team were thereafter able to agree a Masterplan and SPD (Special Planning Document) with Knowsley Council, before setting about seeking an appropriate developer to build on the land.

After managing the process of dealing with interested parties, we were in a position to be able to advise the landowners on the best way forward, which led to the negotiation of a conditional contract for the sale to Redrow subject to planning being granted.

In the more latter stages, we worked alongside the team at Redrow; overseeing the planning application process to ensure that our client’s best interests were maintained.

A key element to our role was to negotiate and agree the final sale price of the land.

Karl Longworth, Land Director of Redrow Lancashire said “This was a complex site to deliver and had significant challenges. We were able to overcome these by working with Lea Hough who took a strong, proactive and pragmatic approach to problem solving so as to achieve a mutually beneficial outcome.”

Redrow plans to start preparation works on site this summer with construction work due to start on the new homes in the autumn. The properties should go on sale in early 2022 with the first homes ready to move into in summer 2022.  The development is expected to take between five and seven years to complete.

The completion of the land sale at Halewood represents one of the largest land deals Lea Hough’s Land and Development team have been involved with in recent years. It has been our pleasure to represent the landowners throughout this process and to work with the team at Redrow.

Lea Hough are highly experienced in working with clients, including private land owners, companies and local authorities, who wish to sell a plot of land or a portion of a plot.  Our specialist Land and Development team have extensive experience in land assembly, bringing sites forward with immediate development potential and project managing sites with longer term prospects requiring promotion through the local plan process.

For further information on our Land and Development services, which predominantly involves representing landowners with potential development land to sell, please get in touch with us.