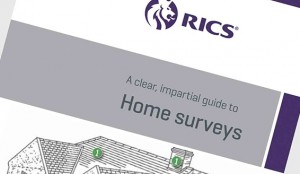 The Accrington and District Football League (ADJFL) is gearing up and getting ready to start the new 2019-20 season in September.

After an exciting 2018-19 season, which concluded with two weekends of cup finals, the winners across each division were crowned. It’s been a welcome summer break for all involved, but the 2300 players from 202 teams across 42 clubs are ready and raring for the new season to kick off!

This forthcoming season will be sponsored by Lea Hough in the second year of a three year sponsorship agreement.

Catering to age groups from under 7’s right through to under 16’s, the Accrington & District Junior Football League is one of the most active in the region. Having first started in 1958, the league has grown significantly over the years, now drawing in teams from not only Accrington, but also several surrounding areas including Blackburn, Darwen, Rossendale, Burnley and Colne and the Ribble Valley.

Supporting initiatives in the communities close to where we are based is something Lea Hough is keen to do. As well as encouraging physical activity in children, team sports have also been proven to offer many other benefits and learning opportunities for the next generation.

The Accrington & District Junior Football League is also one that several of Lea Hough’s Partners and staff members have been involved with over the years – both as volunteers in various capacities or as supportive parents watching on the sidelines!  The league is well run and is great fun for all involved.

Lea Hough wish all the teams involved in the league a good season ahead!

For more information about the league or to keep track of fixtures and results, visit http://www.adjfl.co.uk/

“We had a Schedule of Condition carried out on a Commercial Property. From vacant possession to our proposed completion date we were really tight on time. Gary managed to carry out the inspection and write a very thorough report in the time needed to ensure we hit our completion date. The price of the report was also extremely competitive. I would recommend Lea Hough to anyone looking for a Professional Surveyors with excellent service & communication at a competitive price.”

"I have read your report again and I appreciate the level of detail and the effort you have gone to in surveying the property - thank you. You’re looking at properties every day and you know what you’re looking for – so you’ve seen things that I would never have spotted. You have opened my eyes on numerous defects on this property and am seriously thinking about leaving the idea of buying. The report was money wells spent!"

"I just wanted to say thanks so much for this and to both yourself and Martin for your help overall.

Just to inform you, we have actually pulled out of the purchase now and we’re relieved. The report flagged upto 20 issues that we weren’t really aware of, so we’re really pleased and relieved that we had the survey performed – I’d hate to think of the additional costs that we would have incurred just to put the core fundamentals right. So thank you again – service, helpfulness and output (report) were all superb."

"I just wanted to say how professional and efficient you and all the staff are. After being sold our first home without a clear understanding of the governments scheme. To begin this journey into the unknown was daunting. But we are so glad we chose you to help with our valuation. We had so much help and guidance from you all and we are very greatful for your time and efforts."

Thank you so much

"Just to say a big Thank You for your survey on Friday.  It was very prompt and very useful and I am very grateful indeed.

I will certainly be recommending you to friends and acquaintances.

Thank you again and I wish you all the best."

"I would also like to say Lea Hough have been a pleasure to work over the last few months and I look forward to them overseeing this project for us. We made a good choice there!"

"Please pass on my thanks to both Richard and Tom for completing this promptly, the report has given us definitive answers to the significant defects with the property. We can now proceed with a our offer after taking the renovation costs into account. We are in a much clearer position following the survey you have done for us.

If we are in need of further advice or surveys etc then we would certainly choose Lea Hough & Co."

"Thank you so much for the professional manner in which you have dealt with all aspects of the Schedule of Condition at the above premises. Your patience has been much appreciated. I will have no reservations in using you again."

"We are delighted to have been awarded a grant and thank you for your invaluable support in this."

"I have worked with Paul over a number of years. He consistently provides sound practical advice and never complicates the issue. He has excellent knowledge of his subject and is very honest and approachable. I would recommend him for support in development of your new build or refurbishment programmes."

"Absolutely fantastic company! Me and my partner are currently renting our first home with them and they have been nothing but wonderful right from the start. Our house was well taken care off before we moved in and there has only been a slight issue with the shower which was dealt with straight away. After renting from here, our standards for a land lord are extremely high and we would happily use them again whenever we move again!"

"Lea Hough have provided a wide range of professional services to NHS Property Services, including but not limited to carrying out condition surveys of assets, schedules of condition and dilapidation surveys. The service provided has been excellent. The staff are professional, honest and pragmatic in their approach and I would therefore have no hesitation in recommending their services to others, or using them further."

"We have worked with Lea Hough for over 20 years on a wide range of projects involving development, design, planning, management and valuation. They have always been professional and knowledgeable in their approach to any task and have worked within their promised timescales.

I have no hesitation in recommending them."

"Thank you for all your hard work and support during our building project. Your conscientiousness and care was much appreciated by myself and the Governors, and undoubtedly led to the smoothest building project we have had at our school.

Keep up the good work."

"Its a scary read, albeit very concise and proficient and therefore I thank you for your honest and professional opinions."

“Thank you for everything – the help and advice that you gave me after my purchase of Dome House. The professional and thorough approach taken by the team at Lea Hough has been fundamental in seeing the project though to its final completion.”

“Please can I take this opportunity to say what a  positive experience this has been and I would like to pass on our thanks to all the team involved. The workmen have been very polite and accommodating as staff have been in and out this week. The windows look fantastic and already the school feels warmer and brighter.”

“Brilliant….thanks for such a professional service and following up to a successful and timely completion. See you on the next project!”

"Thank you very much for this informed and very helpful report. Please pass my thanks to the surveyor."

“Thanks - yes the money has arrived. Thank you very much for your efforts over the last few months with the dilapidations settlement - very effective and a good result; much appreciated!”

“Thank you very much for all your help and support during our difficult time at Victoria House. It's much appreciated!”

“On a personal note I would like to thank you for sorting the works out for us. It seems to have run very smoothly and I am really grateful to you for all your hard work in dealing with it.”

“I have been working with Lea Hough for several years now at both my current school, Lostock Hall Academy and my previous Academy. We have worked together on a range of Condition Improvement projects funded by the DFE and all projects have been delivered within budget. The team have a broad knowledge base which means that regardless of the genre of the project Lea Hough are well qualified to offer exceptional advice and support. Lea Hough have always endeavoured to build a strong relationship with us as the client and this partnership continues to make them our preferred consultants. The Principal and I would strongly recommend Lea Hough to any School or Academy.”

“I wouldn’t hesitate to recommend Lea Hough & Co to work on behalf of your School or Academy to build, manage and submit CIF projects. I have worked closely with Lea Hough & Co for a few years now putting bids together for our five Academies and they have been successful on many occasions enabling us to have large building projects carried out on all of our trust sites.”

“QEGS has worked in partnership with Lea Hough for over 4 years. During this time, we have had 7 successful bids and received over £2.5m from the DfE’s CIF. Each project has been effectively managed by Paul & Graham at Lea Hough.”

“We have worked with Lea Hough for the last 3 years to deliver and project manage a number of successful CIF funded projects.  We are delighted with the efficient and smooth service they provide and hope to continue to work with them in the future.”

“I first worked with Lea Hough whilst at QEGS in Blackburn, where CIF capital grants were awarded for duplicate projects over successive years. The process was managed in its entirety by Lea Hough in a competent and efficient manner, thereby largely removing all onus from management. Now at Rochdale Sixth Form College and with a significant building project planned for the summer, I had no hesitation in appointing Lea Hough to draw up the specification, arrange the tender process and liaise with the contractors. Despite an extremely tight programme, the project was completed on schedule and within budget.”

“I would recommend Lea Hough without hesitation. I can safely say that they have been excellent at both the bid stage and during the project management phase. The school are kept well informed throughout the process.”

“I can with great confidence recommend Lea Hough to other schools, academies and MAT's. Lea Hough successfully applied for 4 CIF projects at our two schools (Tarleton & Burscough Academies) in 2018 within out MAT and managed these projects to completion with great professionalism. We have utilised their services for the past 5 years at our host academy and they have successfully delivered on 7 CIF projects, Salix loans and have also supported other school based projects. We will continue to work with Lea Hough in the future.”

“I would, without reservation, recommend Lea Hough to any other school and academy. In the past 2 years, working with Lea Hough we have secured 3 successful CIF bid applications for replacement doors and window, roof replacement and a replacement of the fire and security systems. They are thoroughly professional in all their interactions and they make every step of the process, from bid application to project completion, an easy one, which as a small school is of great benefit to us. I will be continuing to us the company to secure future bids.”