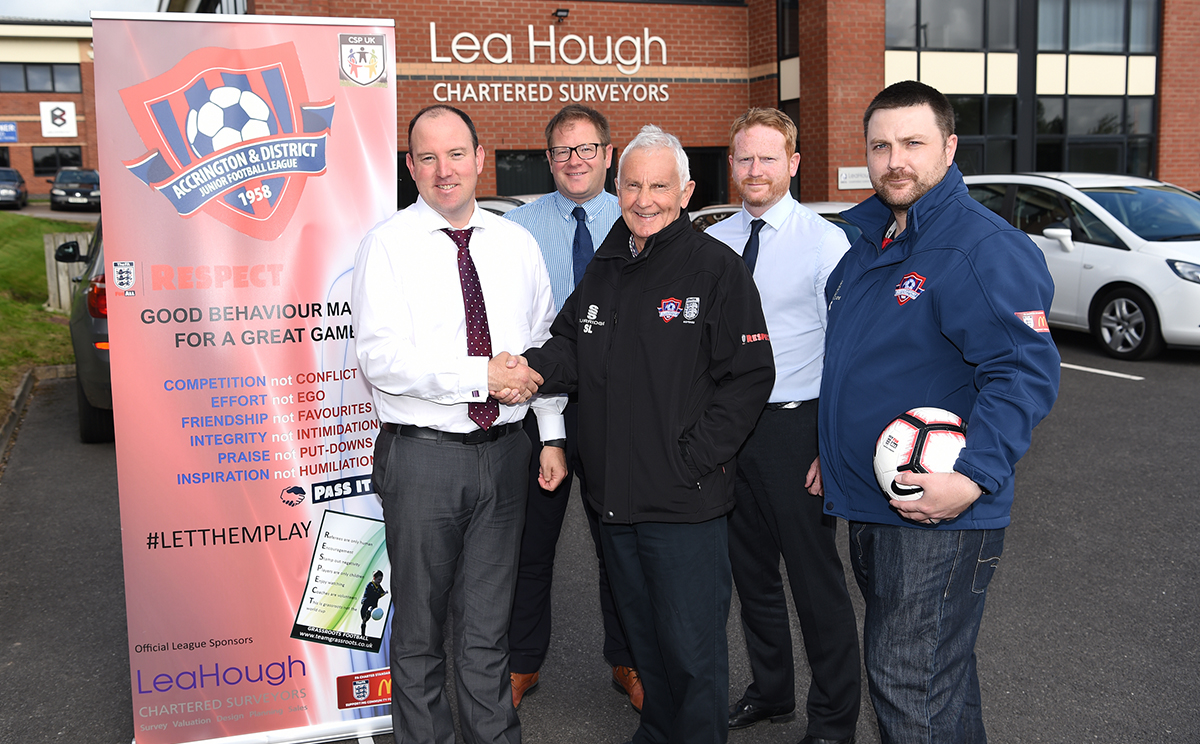 We’re delighted to announce that Lea Hough is the new headline sponsor for the Accrington & District Junior Football League. Lea Hough will sponsor the league for three years, commencing at the start of the 2018 – 19 season.

The Accrington & District Junior Football League (ADJFL) first started in 1958 and has grown significantly over the years. Originally set up for the players of Accrington, the league now draws teams from several surrounding areas including Blackburn, Darwen, Rossendale, Burnley, Pendle, and Colne and the Ribble Valley.

Now with 2300 players from 202 teams across 42 clubs, and catering to age groups from under 7’s right through to under 16’s, the league is one of the most active in the region. Predominantly run and organised by volunteers, the aim is to keep the costs of participation in the league as low as possible so as many kids as possible can get involved.

“Sport is something that many of our staff enjoy and feel passionately about. Several of our staff have young families, some of whom take part in or volunteer at the League. As such, it’s great to be able to ‘give back’ and help to fund the things that keep the league functioning on a day to day basis.

“The recent successes enjoyed by Accrington Stanley have brought a renewed enthusiasm and interest in football and we hope that this will translate into even more kids getting involved with the ADJFL.”

“The positive effects of taking part in regular sport go far beyond physical ability – participating in team sports is also great for building confidence and encouraging teamwork. These attributes help kids in many aspects of their lives. It’s also great fun – for both the children and the families that get involved”.

For more information about the league or to keep track of fixtures and results, visit http://www.adjfl.co.uk/