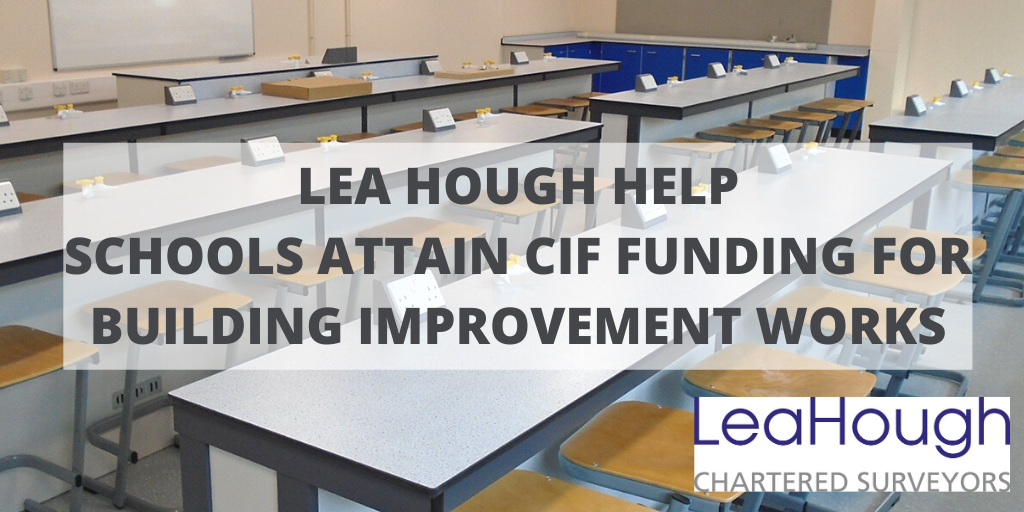 Lea Hough has helped several schools across the North West attain funding for vital repair works and improvement projects in this year’s round of funding from the Condition Improvement Fund (CIF). The results of the 2020/21 bidding round were announced by the Department for Education (DfE) on Monday 29th June, having been postponed twice in light of the Covid-19 outbreak.

As a result of the bid approvals, several academy schools across the North West will benefit from millions of pounds of investment. Lea Hough’s education sector team, who work with academy schools and sixth form colleges to prepare and submit bids on their behalf, have continued their year on year success rate, attaining a new record number of bid approvals.

Overall, the DfE announced that funding of over £434m was approved for 1,476 projects at 1,243 academies, sixth-form colleges and non-diocesan voluntary aided schools in England. In total, the DfE received requests for more than £1.45 billion for over 4650 projects to this year’s round.

Lea Hough worked with academy schools, sixth forms and other education establishments to prepare and submit bids for a wide variety of projects.  The majority of these schools were in Lancashire, with Lea Hough being responsible for a large proportion of the approved bids in the region. In addition, Lea Hough worked with academy school and sixth form colleges in Cumbria, North Yorkshire, Greater Manchester and Warrington. Despite the criteria for funding applications being tighter than in previous years, Lea Hough have maintained their strong success rate in the number of bids they have had approved.

“This year’s bidding round was even more tough fought than in previous years, with the added complication of the Covid-19 pandemic delaying the result of the bids.

“We are therefore delighted with the outcome, with the news being especially welcome by schools across the region.

“The CIF represents a significant opportunity for education establishments to obtain government funding. Having been working in this area for several years now, we have now overseen hundreds of projects and have been able to see the positive impact the funding has on academy schools and their pupils.

“We are now looking forward to working with the schools whose bids were approved to oversee the commencement of works as soon as possible.”

The news means a busy summer ahead for the Lea Hough team, who will project manage the building improvement and repair works for which bids were successful.

For more information on Lea Hough’s services for schools and academies, including appealing the results of CIF bids and the preparation of bids for funding, please contact us here.