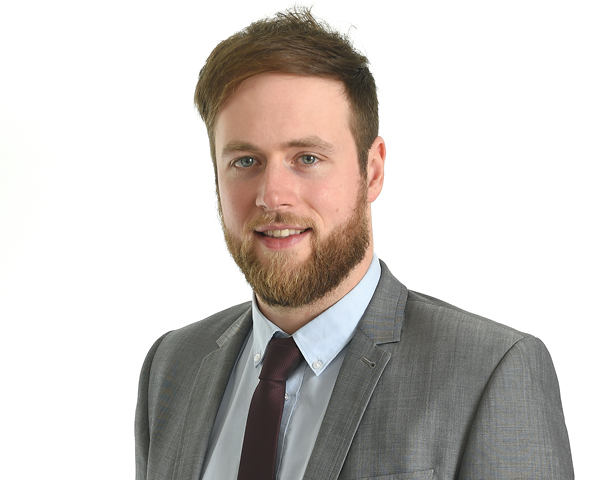 As a Chartered Building Surveyor, Gareth’s role within the Building Surveying team covers a variety of tasks, including survey inspection reports for prospective purchasers and condition survey reports for commercial and property owners. He also assists with professional work including dilapidations, party wall matters and boundary assessments.

Additionally, he specifies, designs, tenders and administers contracts for a variety of construction, conversion, refurbishment and extension projects.

Property survey reports come somewhat of a second nature to Gareth who undertook countless condition survey inspections of various property types within the Utility Sector in the 18 months after leaving university, and has developed his experience whilst at Lea Hough. He also has experience in defect diagnosis and report writing as well as being adept at project management.

Gareth joined Lea Hough in 2016. Prior to this, Gareth has spent 18 months working for a private practice in Greater Manchester as a Graduate Building Surveyor. Whilst at Lea Hough, he undertook his APC post-graduate training route, via the firm’s Structured Training Programme and he became a Chartered Building Surveyor with the RICS in 2018.

When not in work:

Gareth enjoys spending time with his young child and his friends and family. When not socialising, time is spent renovating his newly purchased home and playing music from his ever growing vinyl collection. Gareth tries to give something back to the community by regularly giving blood.