The Chapel on the Hill – Unique Opportunity to Purchase Local Landmark 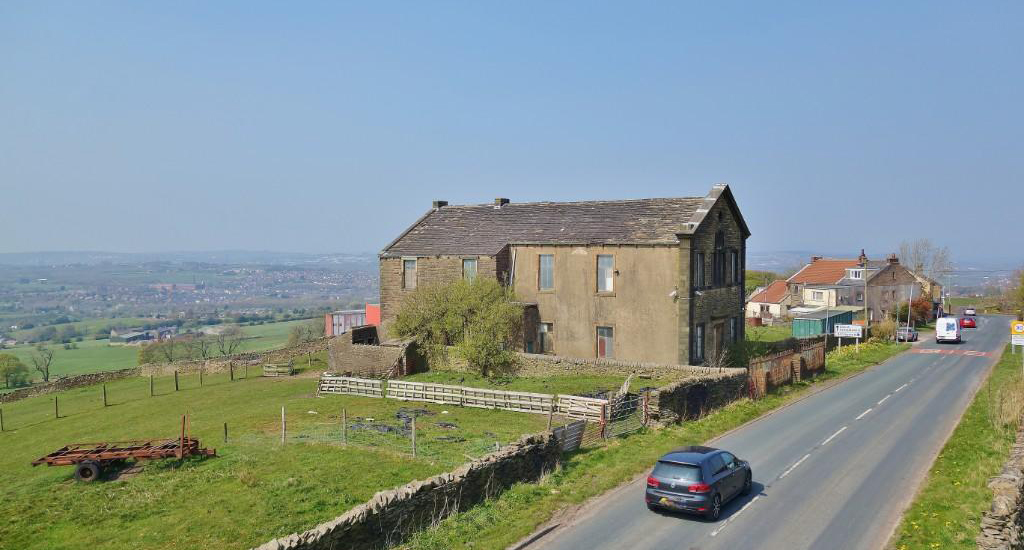 A unique opportunity has arisen to purchase one of Oswaldtwistle’s most iconic landmarks.

The ‘Chapel on the Hill’, otherwise known as Top Farm at Cross Edge, Oswaldtwistle, is well known to many as the site of a former Methodist Chapel, with many Hyndburn locals still being able to recall attending the chapel in its heyday.

Due to dwindling numbers, the chapel closed its doors to worshippers and was purchased by its current owners in 1983. Having lived in the Chapel as their family home, its owners, John and Carol Horman, are now looking to downsize.

In addition to the property’s position, close to moorland edge and therefore affording panoramic views to the Lancashire Coast and Forest of Bowland Fells – an Area of Outstanding Natural Beauty, the property is also being marketed as a development opportunity, with planning permission having being granted to convert the existing 19th Century Chapel into 5 linked dwellings.

In addition to the former Methodist Chapel, the site also comes with a number of other dwellings including a farmhouse and cottage, which have been granted planning permission to develop into four and three bedroomed homes respectively. A further part of the farmland has also received consent for the construction of new build homes.

In the property’s particulars, agents Lea Hough describe the property and its accompanying plot as:

“A rare residential development opportunity on an iconic hilltop location convenient for M65 via Junctions 5 or 6 of the M65 motorway with the added advantage of extensive views over the surrounding Lancashire countryside”.

Full particulars of the former chapel and its land are available from Lea Hough Chartered Surveyors, or can be found here  https://www.rightmove.co.uk/commercial-property-for-sale/property-83705678.html

One of the chapel’s most famous attendees was James Butterworth- later known as The Rev. James Butterworth. Credited with making a significant contribution to thinking and practice around youth work in the church, Butterworth pioneered a more youth-oriented approach within the Methodist Church and established a lasting Christian institution – Clubland – in Walworth, London.

Before making his own mark on the Methodist church, Butterworth was consigned to the army to serve in the First World War. Whilst serving in the Bantom Battalion of the Lancashire Fusiliers, Private Butterworth, actually wrote a poem from the trenches recalling the ‘Chapel on the Hill’.