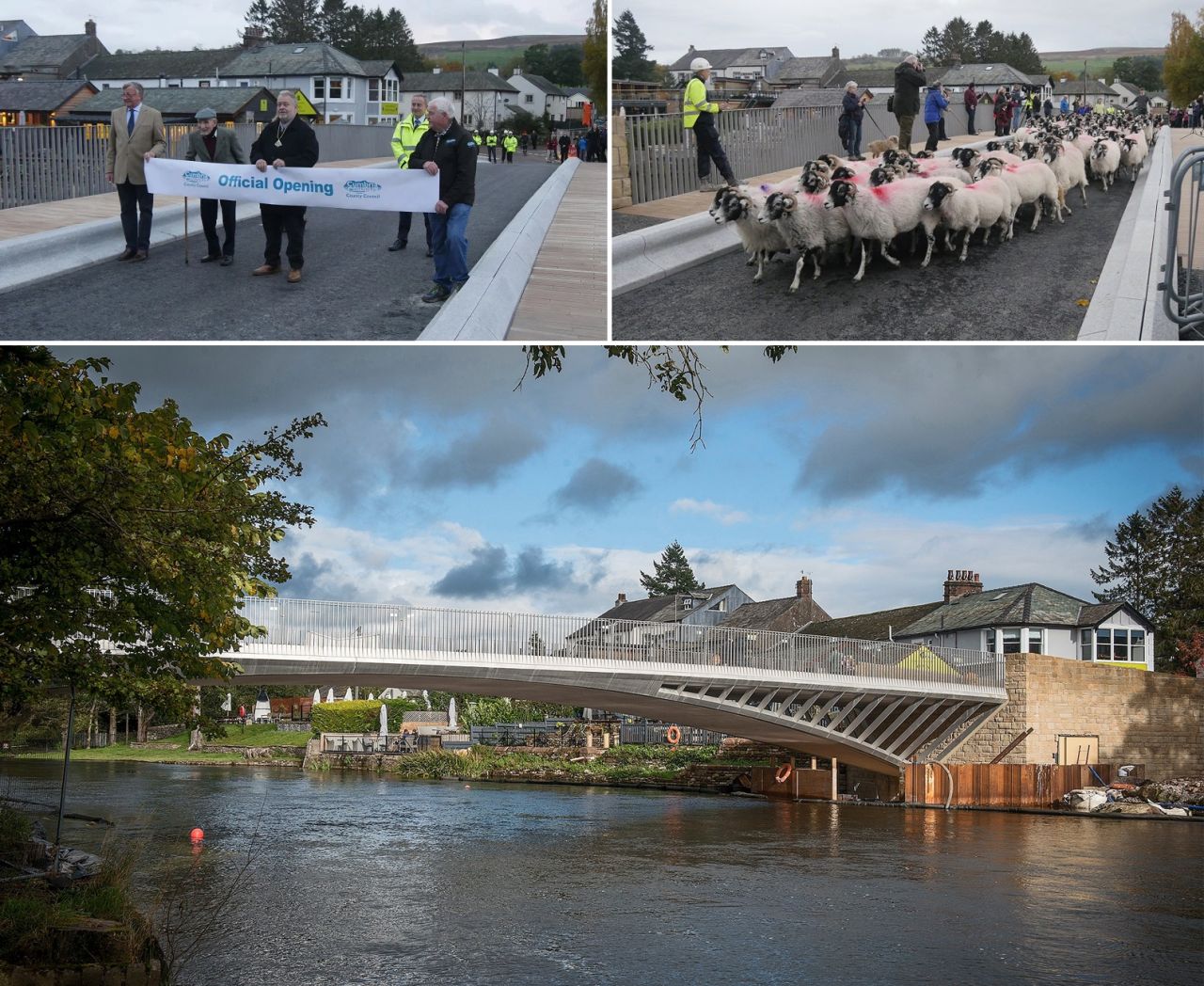 Lea Hough is delighted to have played a small part in a major project that has seen the first stainless steel road bridge in the UK at Pooley Bridge in Cumbria. The new bridge, which opened to both road users and pedestrians on Friday 23 October 2020, was designed to replace the old stone bridge at Pooley Bridge, which was sadly swept away in the floods following the effects of storm Desmond in December 2015.

Described as ‘beautiful and graceful’, the new bridge is not only functional but has been conceived as a landmark in its own right. Measuring 128ft long, the landmark structure over the River Eamont is an impressive example of civil engineering, having been designed to be resilient to any future extreme weather conditions.

Lea Hough’s role involved undertaking impartial independent surveys of nearby properties before the works commenced – known as a pre-works Schedule of Condition. This is common in large-scale engineering/construction/excavation works of this nature, where there is potential for significant disruption to the area surrounding the scheme itself. Lea Hough were instructed by the main contractor, Eric Wright Group, and Cumbria County Council and the owners of the local properties had a record of condition of the properties before the major works commenced.

The Lea Hough team would like to congratulate Eric Wright Civil Engineering and Cumbria County Council on the scheme, and Knight Architects, who designed the bridge in collaboration with local residents.

We’re proud to have been part of this project, which is hoped will bring not only a practical use to local residents in the Lake District, but also attract visitors from around the region to admire.